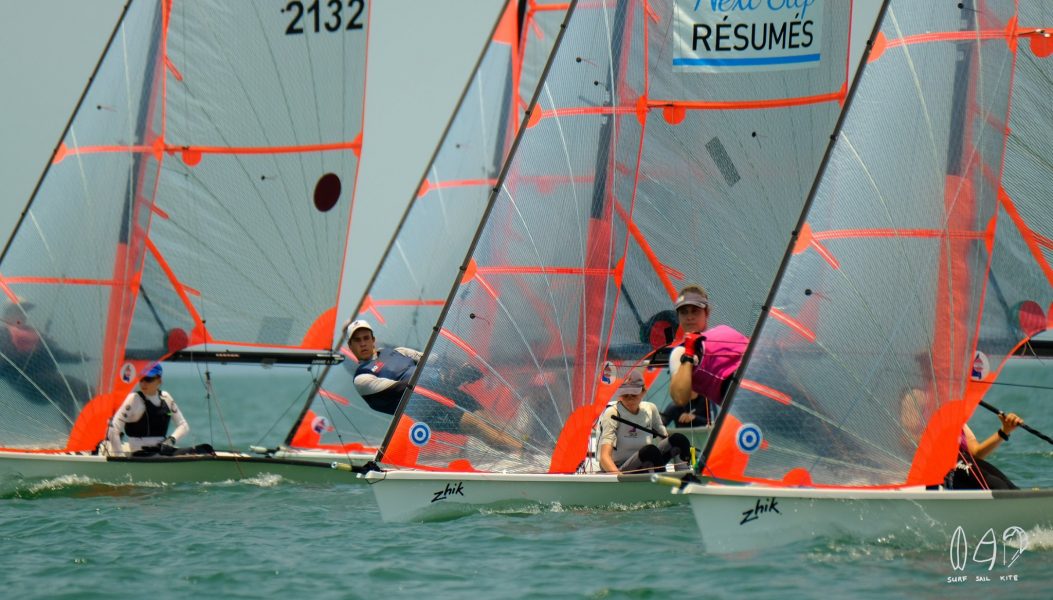 The Sail Brisbane regatta concluded today on the waters of Waterloo Bay, hosted by the Royal Queensland Yacht Squadron. The event was the Queensland Championships for the VXOne class, as well as the International 29ers, and joining them were strong fleets of Finns, Lasers, OK’s, Flying 11s, Sailboards and Optimists. Over 130 boats took part in the annual event that serves as a warm-up for many sailors competing at their class Nationals over the Summer.

Day 1 saw light easterly conditions with oscillating breezes and stifling heat, with Day 2 bringing a South-Easterly that built through the day to just touch 20 knots. A great balance of conditions for sailors preparing for a big summer of regattas across the country.

On the Alpha Course the VXOne Queensland Championship was a chance for the Mack One team of Ben and Josh Franklin and Alan Moffat to secure a hat trick of Queensland titles in the class, but it wouldn’t be without the ever-present challenge from Brett Whitbread and Joel McDonald on Supervax24/7. With the incredible growth in the VX fleet at RQYS the racing was very tight and as the breeze built on Sunday there were plenty of opportunities for  “back of the bus” spinnaker runs.

After 6 races Mack One had again secured the Queensland Championship, but the chasing pack is ever closer, with the striking paint job of Mick James’s The Beast 4 taking a win on day 2. At the conclusion of the regatta 2nd place went to Supervax24/7, with 3rd place going to Port Curtis Sailing Club’s Andy Patrick and his team on Cowabunga.

Also on Alpha was the 29er Queensland Championships, a rematch from the previous seasons State Titles, with Ariane Saroch and Nat Bridge the defending  champions, but they had to settle for 2nd place as this years State Championship was a near white-wash for last seasons runners up Luke Rogers and Will Bridge. Winning six races and dropping only a single 2nd place the pair showed good form ahead of their class nationals in Victoria in the New Year. In 3rd place, and the only other race winner in the series, were Jess Muir and Matt Sloman, after Rogers and Bridge sent their 29er “down the mine” in Race 6.

On the Bravo, Charlie, and Delta Courses there was great racing, but in some fleets there were outstanding series scores by the class winners. In the Finn’s Phil Chadwick streaked away from the 16 boat field, while in the Raceboard class Mark Ward put on a master-class with a clean score of wins. In the Laser Radial it was Double Bay Sailing Club’s Campbell Patton with four race wins from six, with RQYS’s Max Williams taking the other two wins. In the OK Dingy class, former Australian Sailing Team coach Shane Smith from Southport Yacht Club was the victor; the OK Dinghy class will host their Worlds at RQYS in 2023.

The Flying 11’s had close racing between the RQYS training partners of Top Gear (Joe Folley/Eamon Dooley) and Beached Az (Liam Millar/Finn Lucock) but it was Joe and Eamon who took top honours. In 3rd place were siblings Callum and Lilly Jones.

In the Laser 4.7 the wins were shared around, and consistency was the key to making the podium with Caleb Palmer on Syncing brought home a solid 2nd day, with 2 wins to take the regatta win from Isaac Schotte and Orla Amos. The Laser 4.7 Squad from the Royal Queensland Yacht Squadron are one of the best groups in the country, with the team consistently dominating the top 10, so to win a regatta amongst this group is an achievement.

A large contingent of Optimists contested the event from around South East Queensland and as far south as Sydney. The Open Fleet was won by Angus Wheatley, but the top 4 were all race winners and 2nd to 5th separated by a single point, with 2nd place going to Leonardo Hughes, 3rd David Daley, 4th Zane Taylor, and 5th was overnight leader Mitch Luxton. A great series of racing for these boys! In the Intermediates Lucas Patrick was victorious by a single point from Daniel Innes in the 21 boat fleet, while in the Green Fleet Charlie O’Kane narrowly defeated Archie Willey.

The Royal Queensland Yacht Squadron will host Australian Championship for the Contender, Flying 11, Flying 15, Raceboard and Formula Windsurfing and the WindFoiler classes over the month of January as the start of another big year that will once again feature the Squadrons signature events, the Moreton Bay Multihull Regatta, Queensland Youth Week, and the Brisbane to Keppel, and Brisbane to Hamilton Island Yacht Races. 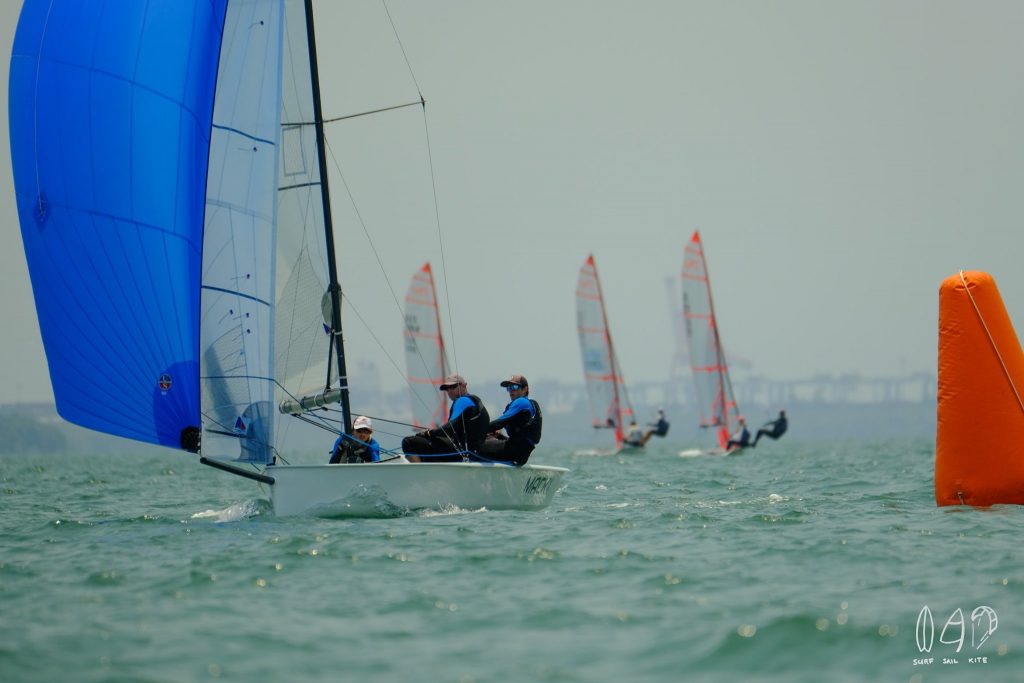 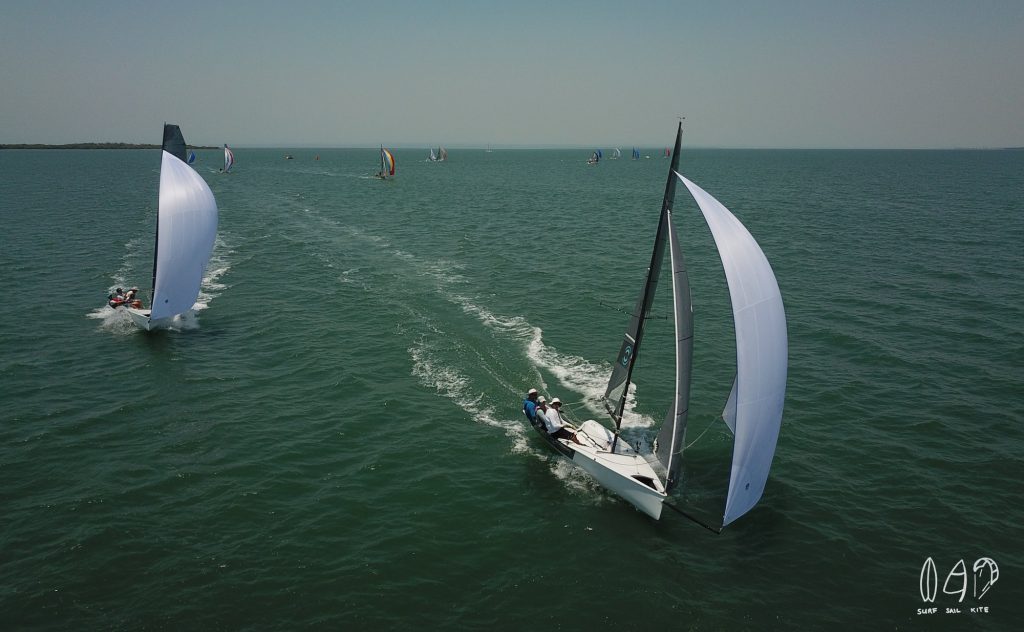 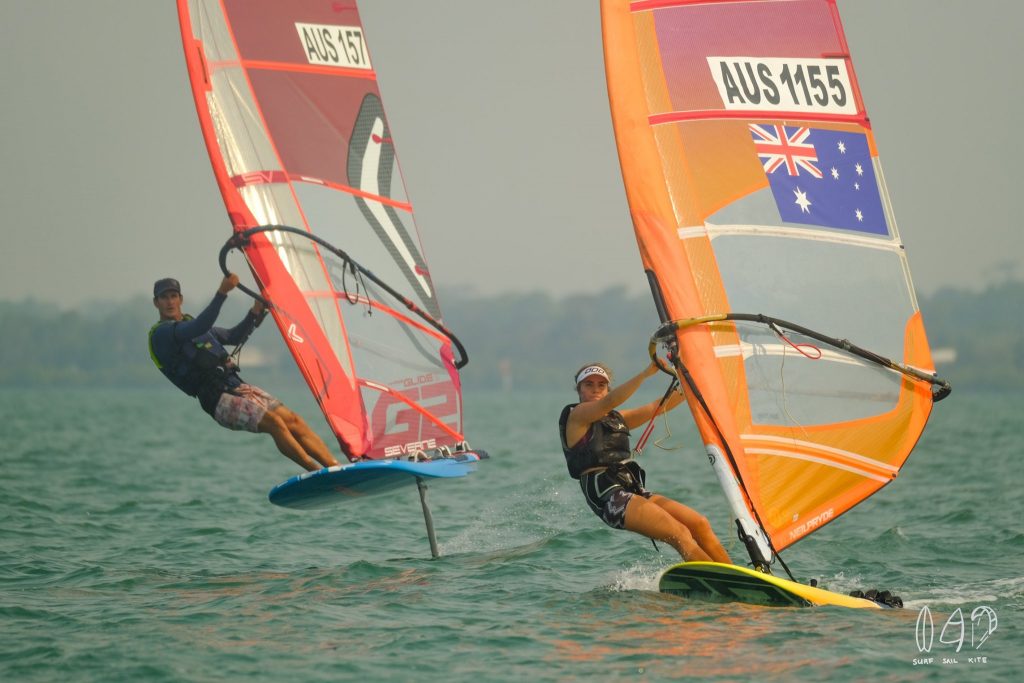 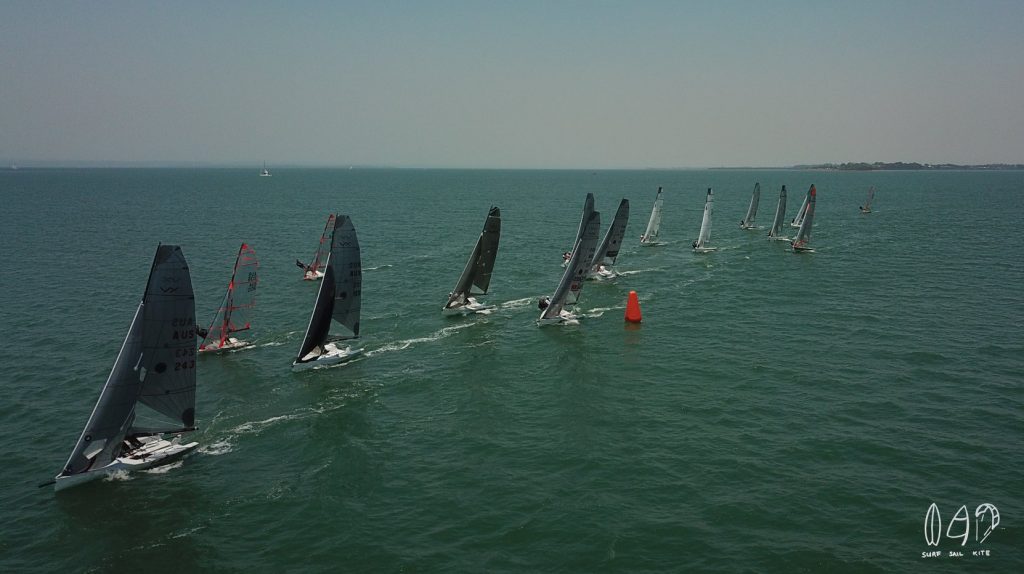