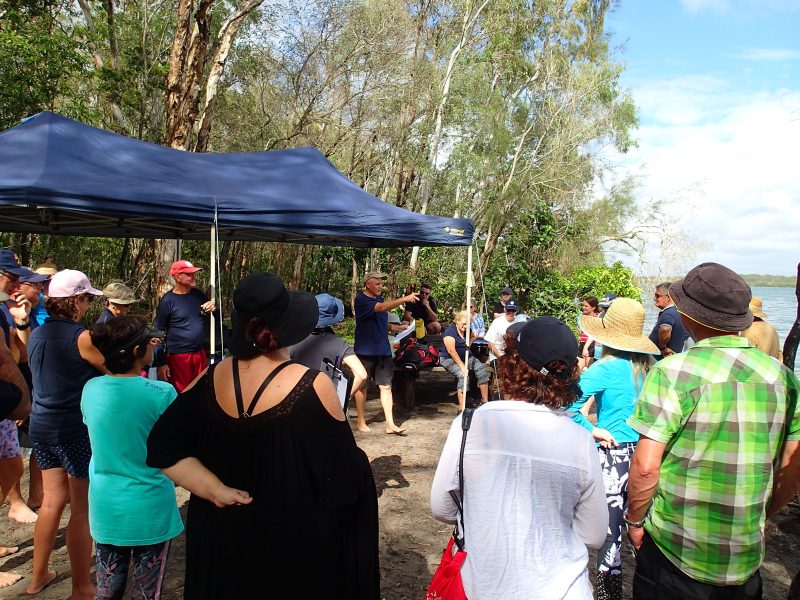 The frequent but brief periods of rain didn’t deter 12 boats and 29 members and crew from having a fun filled weekend of challenges, excursions and great food.   Some of the cruisers made an early start for Bribie and arrived at Mission Point on the Thursday, others stayed over at Spinnaker Marina, Sandstone Point for a relaxing night on the way.  The larger boats however needed to wait for the lower tide to safely travel under the Bridge including new comers to the group – Atlantis (46 ft Grand Banks), with Mark and Roni Althaus – welcome guys.

Once in the Passage, seas were smooth to our Mission Point anchorage and although it was school holidays, the area was almost deserted so the group had plenty of room to spread out along the channel.  At various times during Friday, the rest of the group arrived and either anchored or rafted up with other boats.

Friday night was the first get together for Sundowners and finger food dinner on the raft of North Light and Harbor Nating.  It was a fun night to meet up with our cruising colleagues again for the start of an event packed weekend.   Our enthusiastic “elder statesman” photographer showed where NOT to stand to take photos and ended up in the drink (to be “saved” by our quick thinking “lifeguard” Anthony).  For everyone else, while the rain came periodically, it didn’t damper any spirits.

On Saturday morning, the fun began after breakfast on shore for the “Great Bribie Challenge”.   Four teams were assigned the task to create a continuous bridge across a “shark infested” river using 2 planks and 3 milk crates.  Bribery of the 4 adjudicators didn’t seem to work……..  The Challenge Winner was the “Lady Penelope Gang” who showed great engineering skills to finish in a fast time with minimum penalties.  Well done Wayne and crew!  There was of course, some interference by certain other team members that had already made it to the other bank.

The showers kept most people on the boats for the rest of the day, although some fishing and kayaking was enjoyed before meeting on shore again for Sundowners and a roast dinner provided by the Cruise Captain and his team.  Fabulous food and lots of fun was had sitting around the camp fire before retiring back to the boats.

Sunday morning saw a missing tender and the arrival of the Easter Bunny to each of the Boats.  The tender was found and returned by the Easter Bunny – good old Easter Bunny.   Breakfast was created from left over roast vegetables from the night before – fresh bubble and squeak which was delicious.

Following breakfast was the “Egg and Spoon” race with a twist – tenders/dinghies being rowed by team members – no motors allowed.  All dinghies lined up on shore ready to depart once the spoons had been checked for size and to ensure there was no Blue Tack or elastic bands attached.   The Wahoo Team were handicapped due to the style of their craft but still won the race.  The Crystal team seemed to think that it was a Bumper Car race, knocking as many boats off course on their way to second place.  Overall it was a fun event with such a variety of types of boats participating.  Well done every one.

Sunday’s better weather saw lunch options being either at the Donnybrook Sports Club or a tender run up to the Caloundra Power Boat Club.  The group that headed to Donnybrook certainly added enormously to the profits of the Sports Club for Easter.  The Band at the club also recognised Dawn Threlfall’s birthday as well which was great – Happy birthday Dawn!   The better weather also allowed Keith Davis to launch his drone which provided some great aerial shots of the boats and surroundings.  Thanks Keith!

Each of the groups arrived back in time to meet on shore again for Sundowners and a BBQ dinner.

Monday Morning was a fabulous BBQ Breakfast on shore and the award presentations before boats departed for home according to the tides for travelling under the Bridge.  Overall, an excellent trip!! 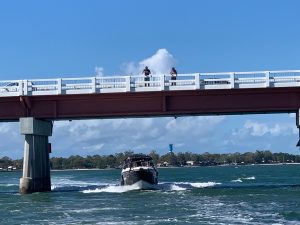 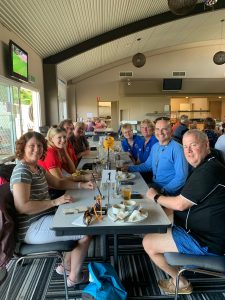 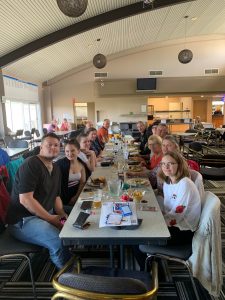 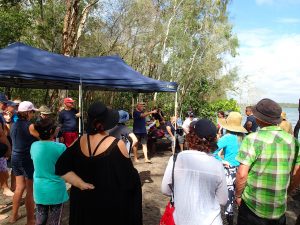 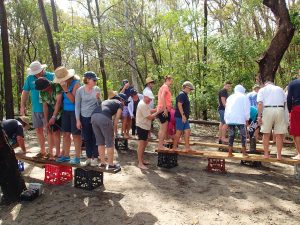 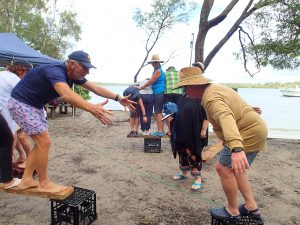 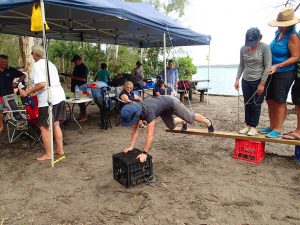 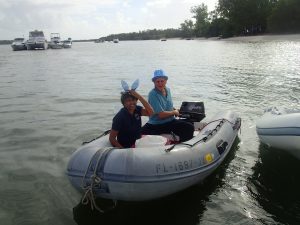 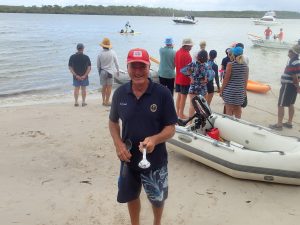 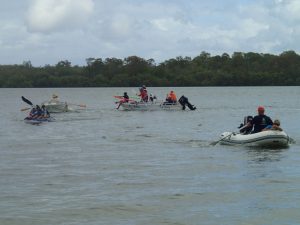 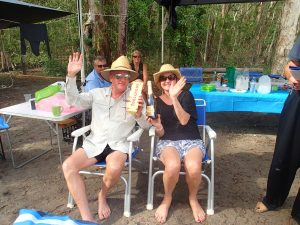 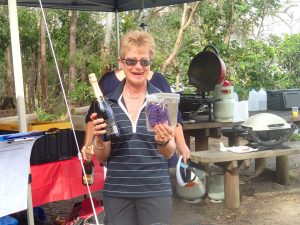 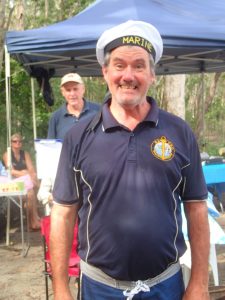 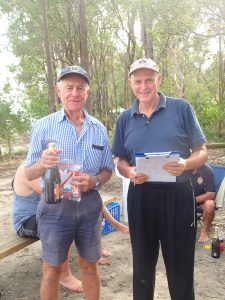 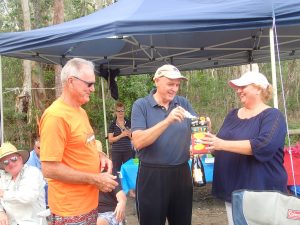 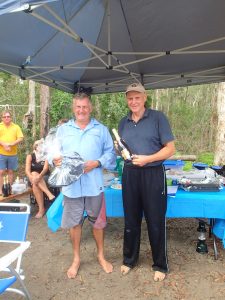 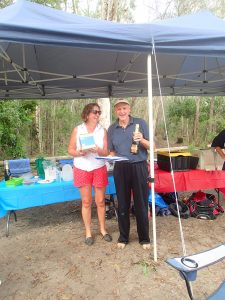