In April 1902, The Royal Queensland Yacht Club as the Squadron was known at the time received Royal approval to prefix its name with the title “Royal”.  Given this connection it would be remiss of the Squadron not to pay our respects on the passing of the His Royal Highness Prince Philip, the Duke of Edinburgh (HRH).

Many press articles published since Prince Philip’s death last week have noted HRH’s active interest in sailing in many classes including the Dragon Class.  Since 1954 Australian Dragon Class yachts and sailors have competed for the Prince Philip Cup.  Of note, in 1968 and 69 the Cup was won by Squadron sailor and 1972 Olympic Gold Medalist John Cuneo and crew.

In April 1970 during one of HRH many visits to Australia he visited the Squadron at Manly. Past Commodore Mike Tyquin, who was Vice Commodore at the time remembers a most successful and relaxed visit by Prince Philip due to a media ban on HRH’s Squadron visit.  In response to the media ban, one journalist wrote in complaint that the Squadron was surrounded by “A 10-foot-high, wire compound fence topped by three rows of barbed wire…” and that the Cavill building as “…resembling a concrete cotton-reel with a frilly white roof.”

Commodore K. Kibble, and Vice Commodore Mike Tyquin accompanied Prince Philip as he viewed the Squadron’s facilities, met sailors, and viewed their boats. It is reported that when inspecting a Lightweight Sharpie HRH noticed a half bottle of beer in the bilge and asked if beer was an essential piece of equipment. 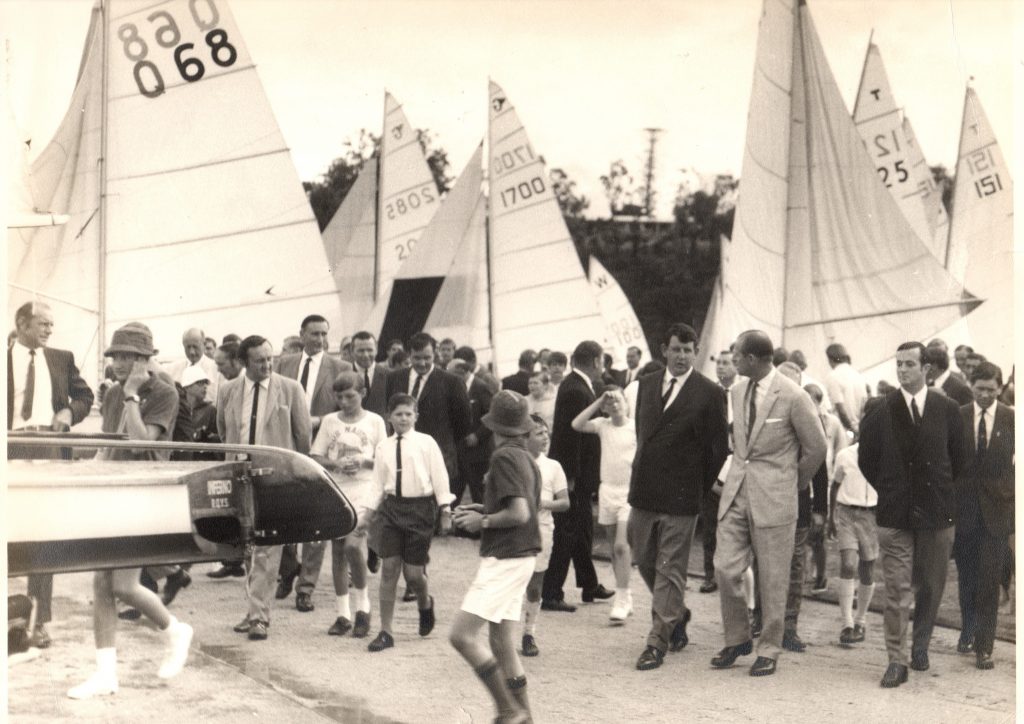 The photo shows HRH being escorted by Vice Commodore Mike Tyquin inspecting Squadron vessels. To HRH’s left is Rear Commodore Leo Josephson. In the foreground is the Flying Dutchman “Inferno” skippered by Ray Turner and Crewed by Past Commodore Tony Love. The other classes in the photo are the Wright Intermediate, The Gwen 12, The Lightweight Sharpie and The Thorpe. 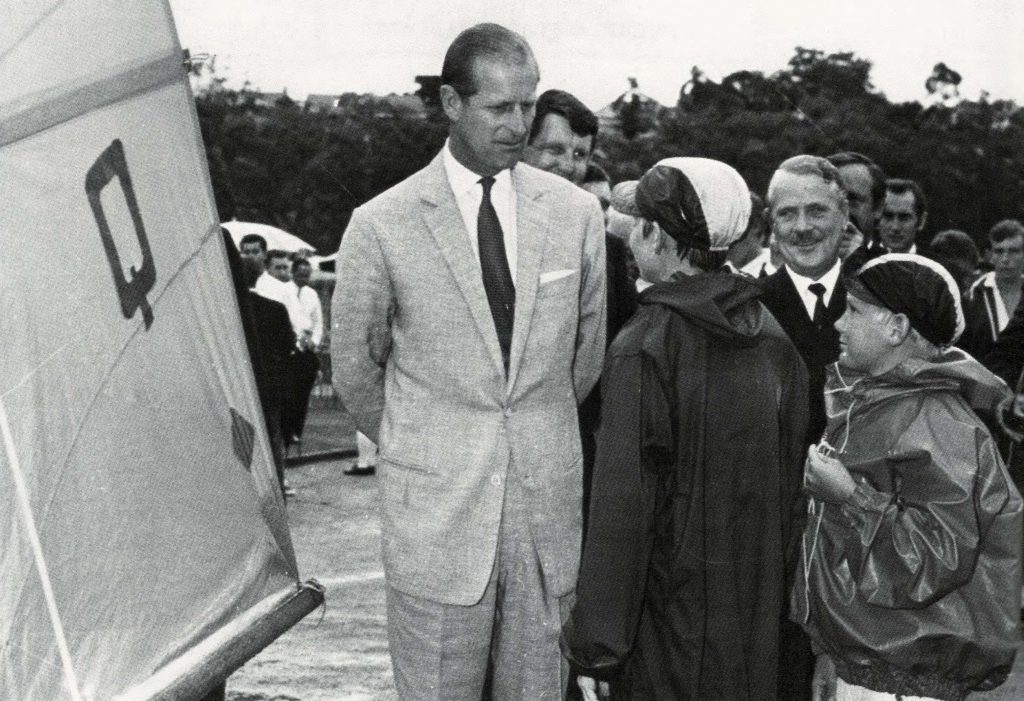 Prince Philip meets young Sabot sailors at RQYS Manly in April 1970. To the Prince’s left is Commodore Ken Kibble. Published in ‘Up the River & Down the Bay’

During the visit once HRH was informed that the media access to the Squadron had been banned, he visibly relaxed, breasted the bar, ordered his own drinks, and mixed freely with members.  HRH had a lively conversation with Norm (Boxer) Wright about Flying 15’s, which he had sailed with Flying 15 designer Uffa Fox.  HRH mixed sociably with members in the camaraderie of a shared interest in sailing and the sea.

In true Australian fashion HRH departed one hour behind schedule after enjoying a few beers.

To His Royal Highness Prince Philip, the Duke of Edinburgh fair winds and following seas.