Back from Japan! An Update from Squadron Sailor Mara Stransky 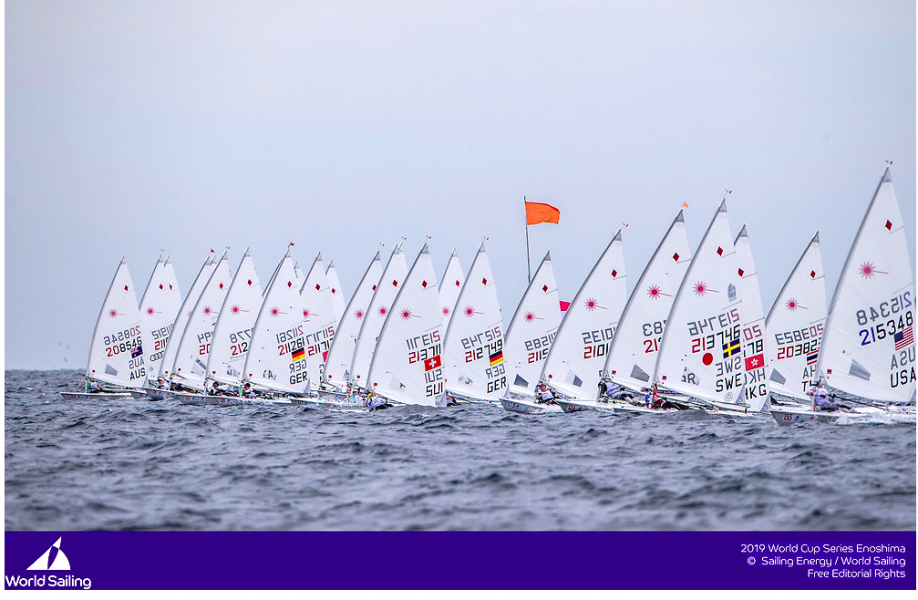 Arriving home from the Sailing World Championships in Aarhus 2018, I was feeling pretty flat after my 2nd in silver fleet effort. Back on Moreton Bay at my home club the Royal Queensland Yacht Squadron, I got straight back to training with my coach Ash Brunning, feeling more determined than ever. Not being selected to represent Australia for round 1 of the  World Cup Series in Enoshima was tough and I felt the Olympic dream escaping. Happily for me however, good fortune was smiling on me and it was coming in the form of support from my home club. Due to my previous results I had been awarded the John Harrison Grant which enabled me to fund my own World Cup campaign, thus rapid preparations to head to Japan commenced!

After some excellent training back on my favourite bay, I felt refreshed and ready to go out and prove what I was really capable of. I immediately felt at home in Japan and loved the polite culture. After some encouraging pre regatta training against the best in the world in the wild conditions left in the wake of Typhoon Jebi, I couldn’t wait to get started! Somewhat unfortunately, given my new-found strength in windy, wavy conditions, the regatta was held in offshore, predominately light-moderate conditions (just like Aarhus all over again!) This time however, I vowed not to make the same mistakes. Although I did manage to make a fair few different mistakes I also found some form finishing with a 12th, 3rd and 10th  looking like finishing 23rd overall until later that evening when my final placing turned into a UFD dropping me 7 places overall. I still finished top Australian and felt as though I was on the verge of cracking the consistency code for the first time! Finishing 30th overall at the Olympic Test Event may not sound that impressive but I believe the experience was a turning point for me as I am finally no longer daunted by the prospect of lining up against the numerous world champions and Olympic medalists that characterize an international Laser fleet and can’t wait to take on the Aussie summer!! 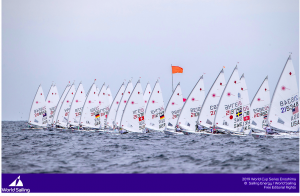 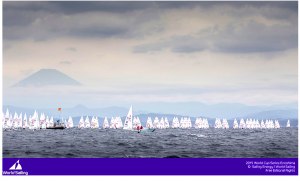