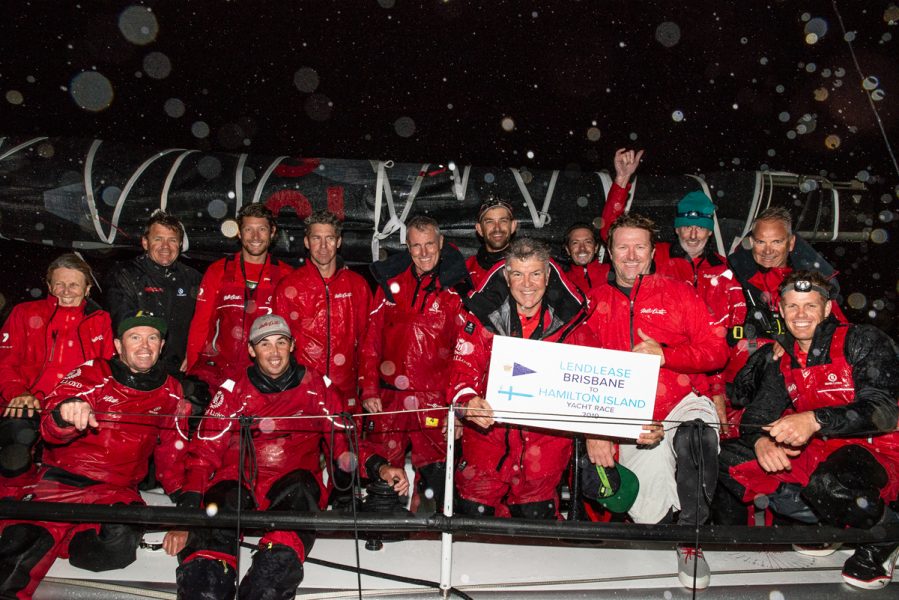 The Oatley family’s famous and decades-long Wild Oats sailing campaign has chalked up another win, this time with the Reichel Pugh 66, Wild Oats X, which finished first monohull home in a thrilling Lendlease Brisbane to Hamilton Island Yacht Race.

Six boats have completed the inaugural 530 nautical mile race and nine remain at sea with those bringing up the rear, Peccadillo and Reflection, both carrying damage, due early afternoon on Monday August 5.

At Hamilton Island Yacht Club late Saturday evening, Oats’ skipper Glenn Bourke said: “It was a fantastic race for us; maybe we’ve set a record that won’t be broken for a long time. We had breeze behind us the whole way. It was stressful, windy, hard work, fast – and so exciting.”

Navigator Adrienne Cahalan believes this new annual race, created by the Royal Queensland Yacht Squadron with the cooperation of Hamilton Island, is going to be a popular one. “For a navigator it was really challenging, no sleep and so many important decisions to make that can make or break the race. It was pretty straightforward for us given we had the same breeze direction the whole way but in the future there will be big decisions to be made,” she said.

Finally, Bourke, Hamilton Island’s CEO, added: “We loved it and it was great to see the numbers for the first year. Everyone who sailed that race will remember it for a very long time.” Full interview with Glenn Bourke and Adrienne Cahalan.

David Griffith, owner of the fourth mono to finish, the JV62 Chinese Whisper, said today: “It was hard to keep up with the lightweight TP52s on this angle of sailing. We had a sensational reach along the coast with many sail changes, and a bit of water across the boat as we run down the seas,” he added laconically. (See pic attached).

Later today, Sunday August 4, RQYS is expected to announce the IRC overall winner with Matt Allen’s JV52 Ichi Ban, second monohull to finish ahead of the Queensland favourite, Envy Scooters, set to live up to its Japanese moniker – number one. 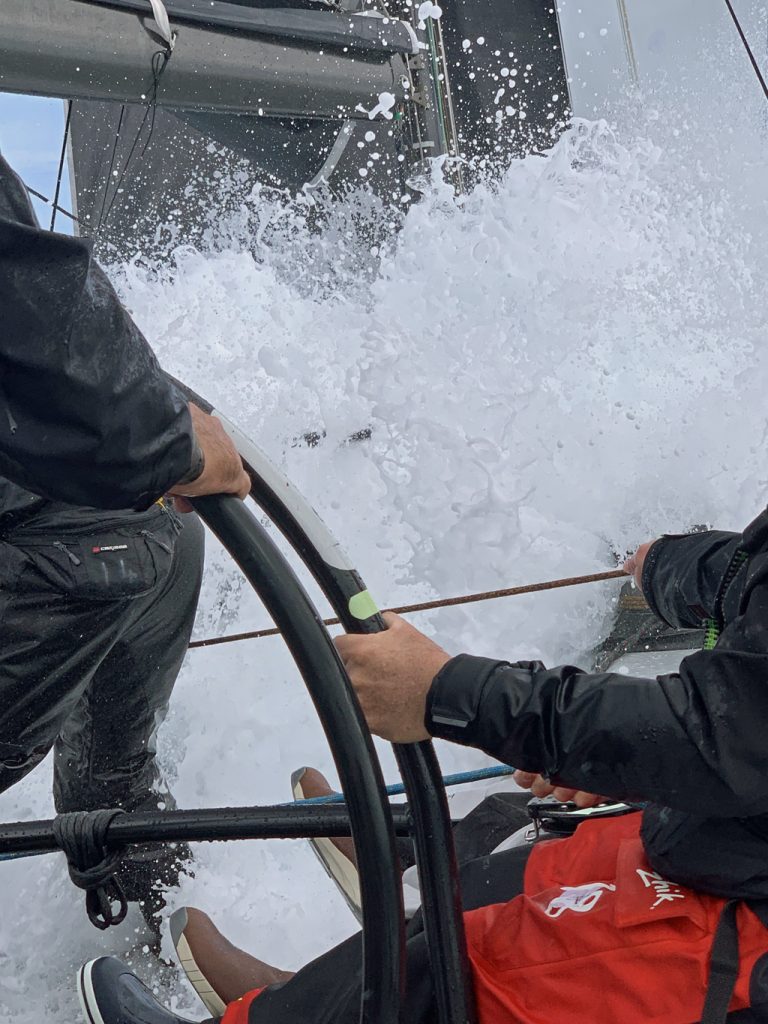