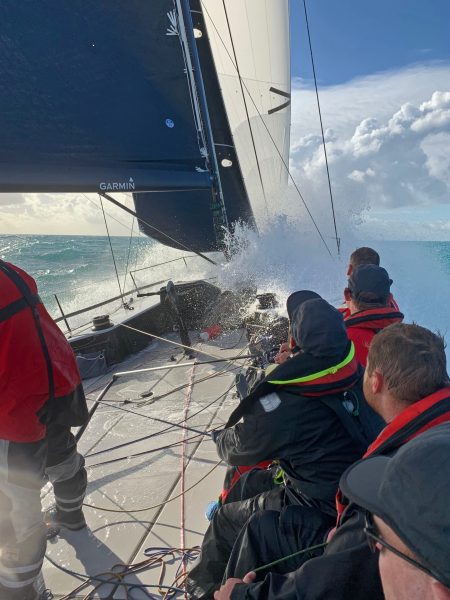 Matt Allen’s JV 52 Ichi Ban has been declared the IRC overall winner of the inaugural Lendlease to Hamilton Island Yacht Race, none of those still at sea able to better the champion Sydney boat’s corrected time for the new 530 nautical mile race.

Sailing for the Cruising Yacht Club of Australia in Sydney, Ichi Ban finished first 52-footer across the line and beat Barry Cuneo’s TP52 Envy Scooters (RQYS) by less than half an hour on handicap. Third on the overall standings is Matt Donald and Chris Townsend’s Gweilo, another CYCA based TP52.

Ichi Ban’s sailing master Gordon Maguire summed up their race perfectly: “It was an interesting race, the best of the year so far! I think we got done over as much by expectations as we did by the conditions. We were expecting sunshine and tropical islands with palm trees – instead we got a s*** storm.”

Matt Allen recapped today: “It was a really quick, exhilarating race – a navigator’s delight. Some of the boys are pretty sore; you are always sore when you finish a Sydney Hobart and we are as sore today. Only one and a half days of sailing but in somewhat similar conditions.” See video https://www.facebook.com/B2HIYR/videos/1277617552406886/

“Looking at the racetrack, everyone had a different idea how to do it. We probably sailed one of the longest distances (603nm); we think that paid off, but we aren’t sure,” Allen laughed. “We had a lot of water over the deck. Helming a tiller boat downhill doing an average 19 knots is a challenge. We made a lot of sail changes in the early part and not many after Caloundra – just heavy air spinnakers.

“It will be interesting to see how the race goes on – it’s not going to be like that every year. There will be years of less trade winds, then those without the trades, which is when it becomes a tactical dream, or nightmare. I think the event’s got a great future,” added the Australian Sailing president and 2017 Rolex Sydney Hobart Yacht Race overall winner.

Following a brilliant start on Friday August 2 by the Commodore of the Royal Queensland Yacht Squadron Barry Cuneo and his top Envy Scooters team, a rain cloud with little wind underneath brought them to a halt that first afternoon, and allowed those behind to see what was going on and avoid the same fate.

“From that point on we found it hard to catch up. We were planning to cover Ichi Ban after our start but we lost touch, so we ended up sailing our own race,” Cuneo said. “Over 20 knots and big seas is Ichi Ban’s strong point – they are the more modern boat and don’t stick the nose in like we do. We are starting to lock in a really good crew and in flatwater and 15-20 knots we have him. The two boats are pushing each other in these big races and the better boat won this race – I’m happy about that.

“We are very tired; we were 100% the whole way,” the exhausted skipper added.

Following a lengthy gap between the last to finish, Gweilo just before 1am this morning, the next to record a race time will be Drew Carruthers’ DK46 Our Rush, due at 1900hrs, followed by Ian Edwards’ well-travelled Dehler 46 Wings, from the Royal Prince Alfred Yacht Club in Sydney. Charles Meredith’s Victorian cruising catamaran Peccadillo is back up to full strength having stopped at Port Clinton for forestay repairs. 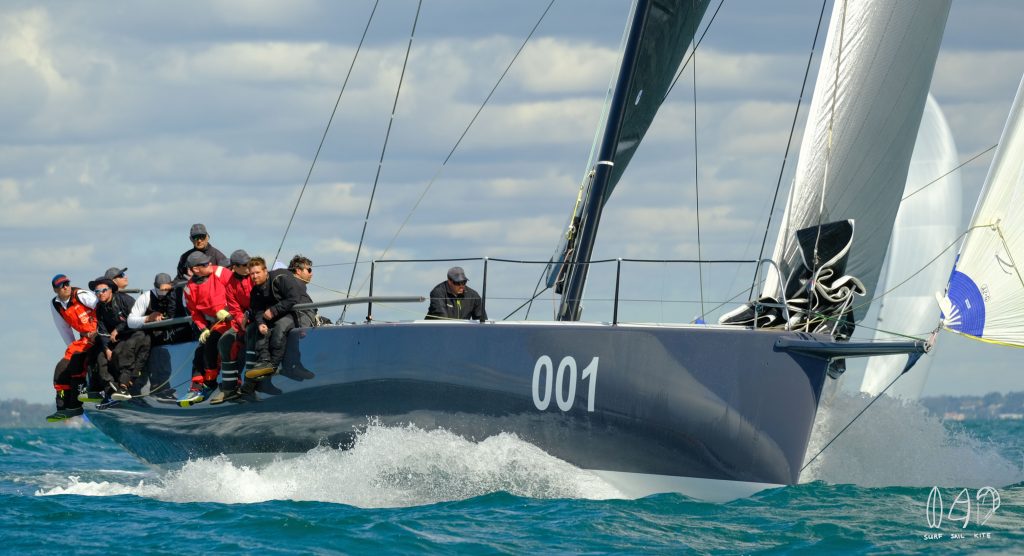 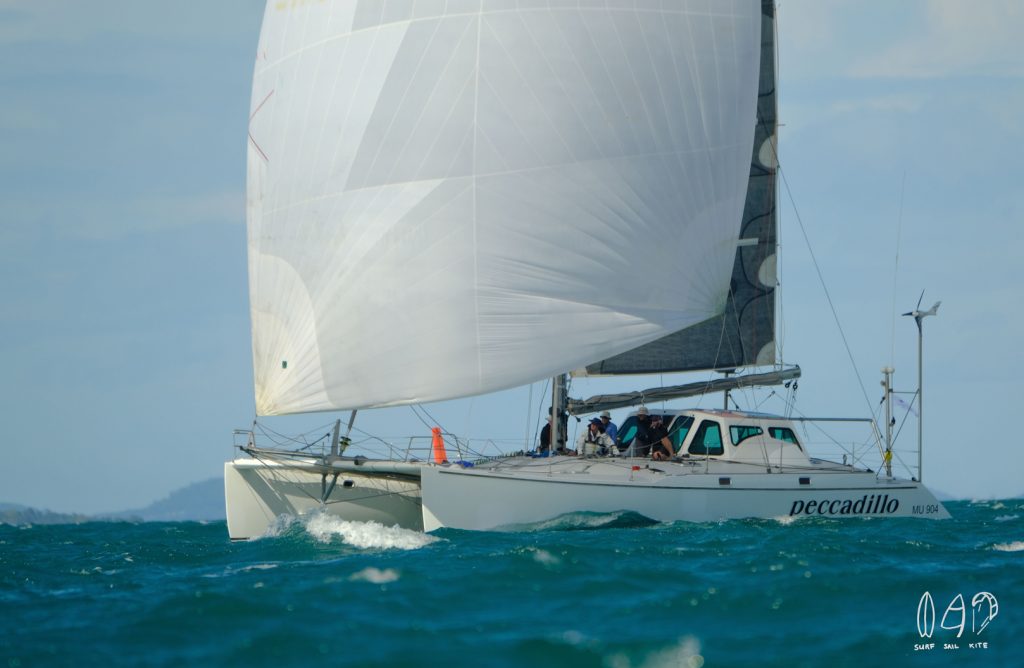 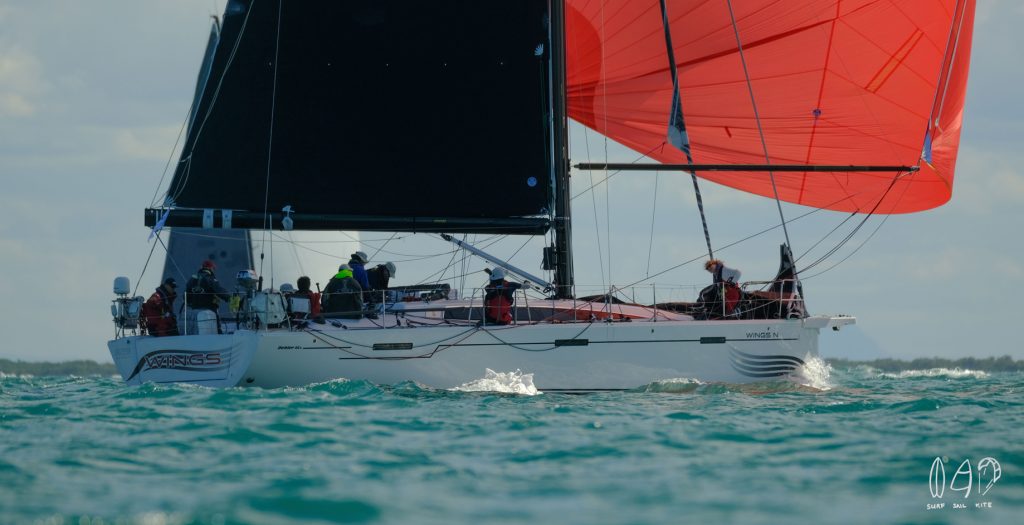