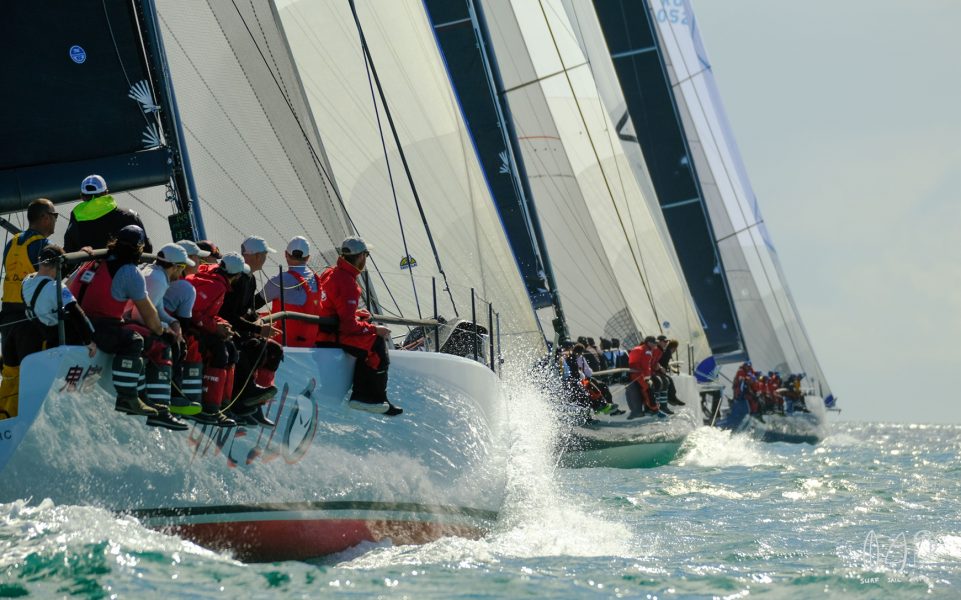 Brisbane turned on perfect conditions for the 1100hrs start of the inaugural Lendlease Brisbane to Hamilton Island Yacht Race, sunshine and 12 – 15 knots of sou’east breeze on Queensland’s Moreton Bay setting up the first of what could be one long spinnaker ride in perfect winter trade winds.

Pre-start, the navigator on Karl Kwok’s impressive MOD70 Beau Geste Matt Humphries reckoned the giant trimaran, built for breaking and setting race records, could complete the 530 nautical mile course in less than 24 hours, meaning they will be hurtling north at an average speed of 22 knots, or 40kph.

Two late withdrawals – Not A Diamond and Painkiller – leaves a fleet of 15 racing in what has been coined ‘Australia’s warm water Sydney to Hobart race’. In terms of major Australian distance races, the newest bluewater event is second only in length to the famous Rolex Sydney Hobart Yacht Race at 628nm.

Three hours after the start, Envy Scooters and Ichi Ban were exchanging the IRC overall lead, and Envy Scooters was second in the fleet, 5nms ahead of Wild Oats X and behind Beau Geste, doing 13.5 knots of boat speed.

The multihulls began their charge five minutes behind the monohulls and it didn’t take Beau Geste long to catch and pass the single-hulled boats.

A good south-east trade flow across Queensland will make for a quick, mostly downhill slide all the way to the Whitsundays. 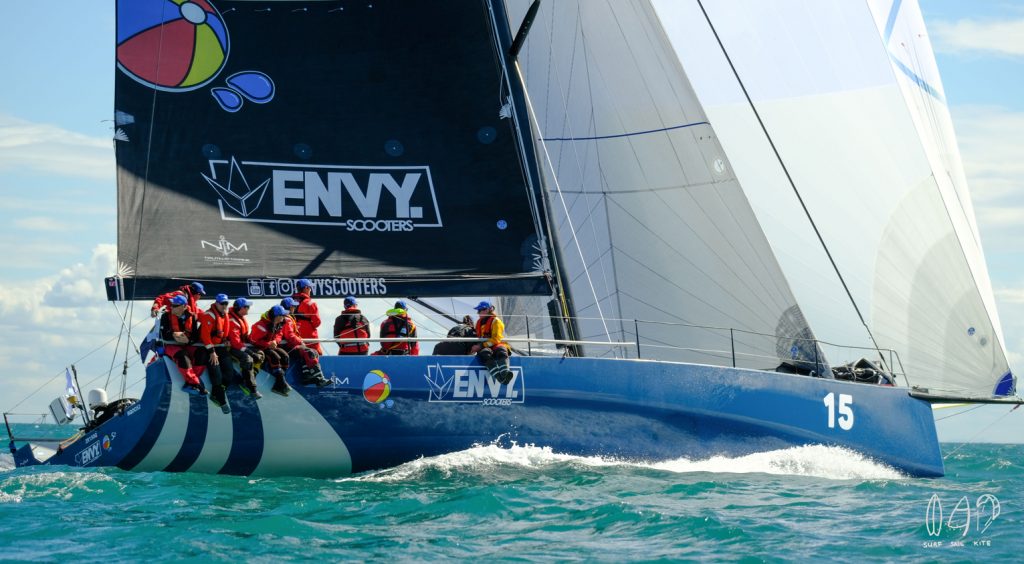 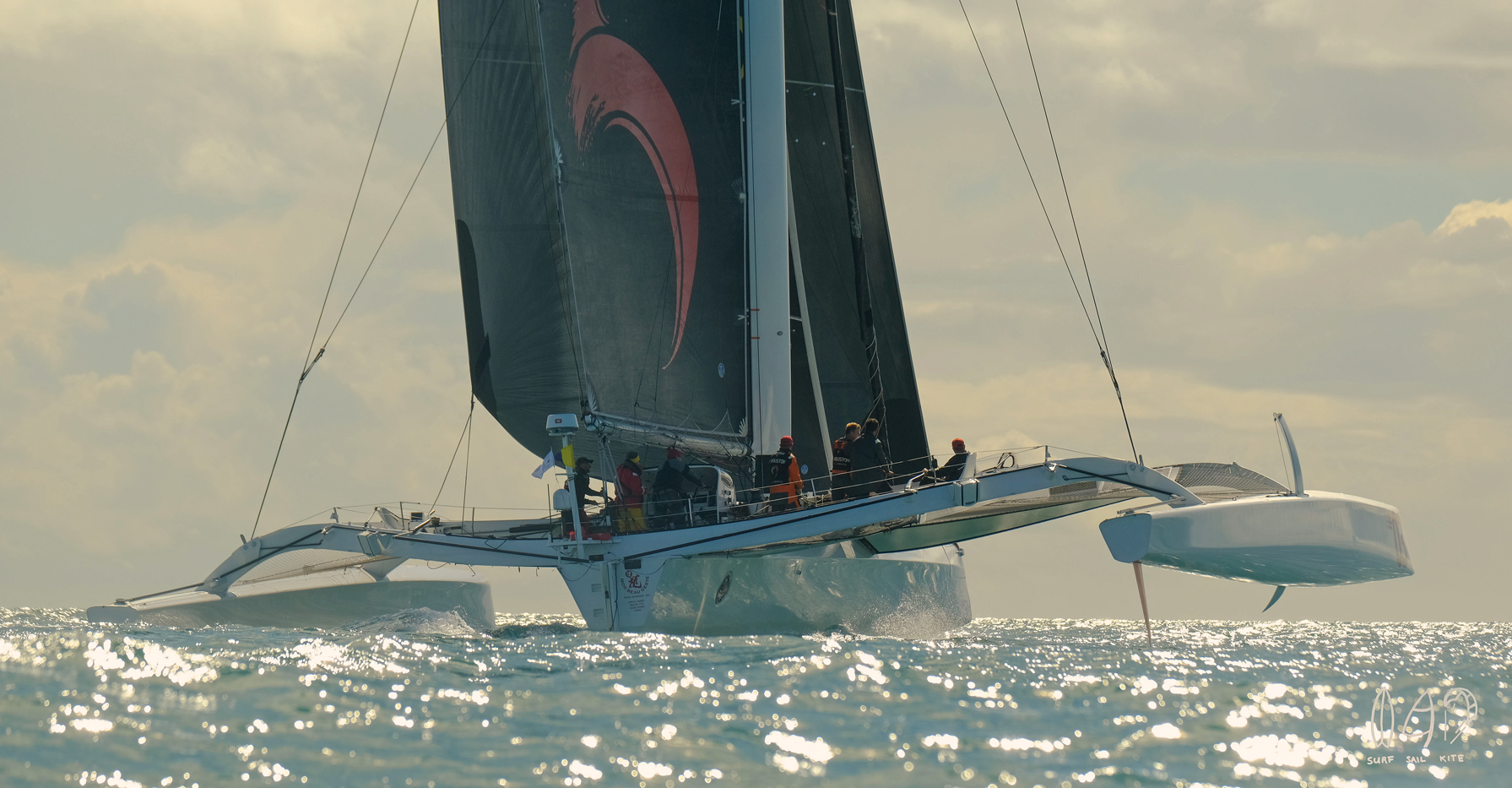 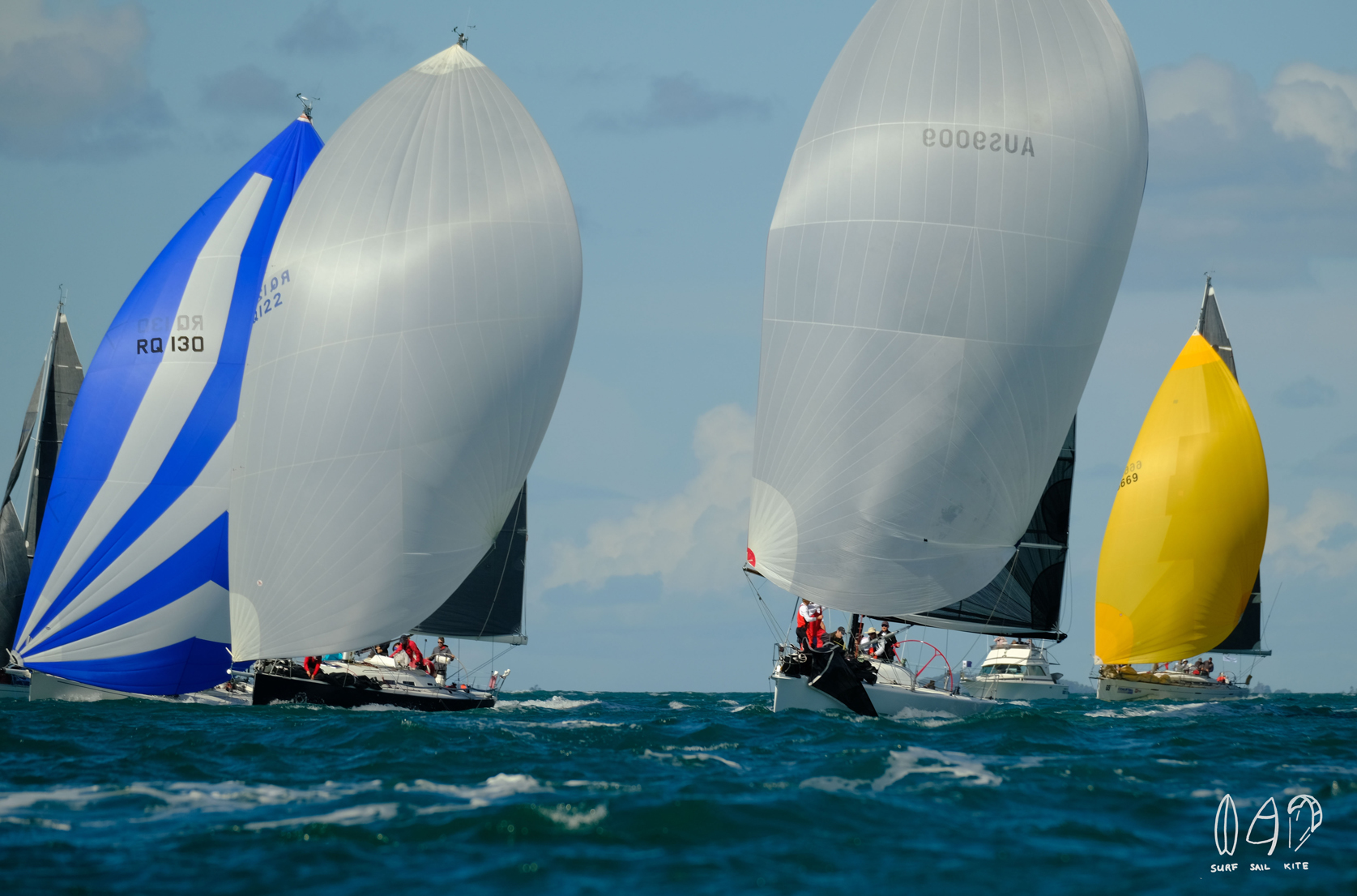