Sandcastles on the Beach

Even though there was only a small number of boats who participated in the September cruise, a lovely week-end was had by all.

The hosts for the week-end, Craig and Kerry Margetts from Scarlett, changed the destination to Blakesleys as the winds were predicted to be light northerlies (and it’s a long way to Tangalooma in a light northerly!)  The beach was perfect for all the players to show off their masterful skills in sandcastle building.

The anchorage however, had some current issues that made the boats swing in odd directions so there was some re-anchoring required (during which we picked up a crab pot!)

The wind was from a range of directions but was a calm offshore breeze during the sandcastles changing to a moderate sou’- sou’-easterly that set through the night and gently assisted us all getting home on a downwind sail.

The winners of the sandcastle building competition were:

Dean & Sally from Imoogi with their Life-like dragon (complete with wings!) and runners-up on a tie-breaker countback (aka voting by some small children who happene to be there) were Ian & Debbie from Nicky C with Winnie the Pooh and his honey pot and of course the woodlands of North Stradbroke substituting for the Hundred Acre Wood, which Ian said they had strategically placed there for the purpose.

Sundowners on the beach was followed by dinner back on board as the wind picked up.  All had a good stay and left at various times the next morning for the return home. 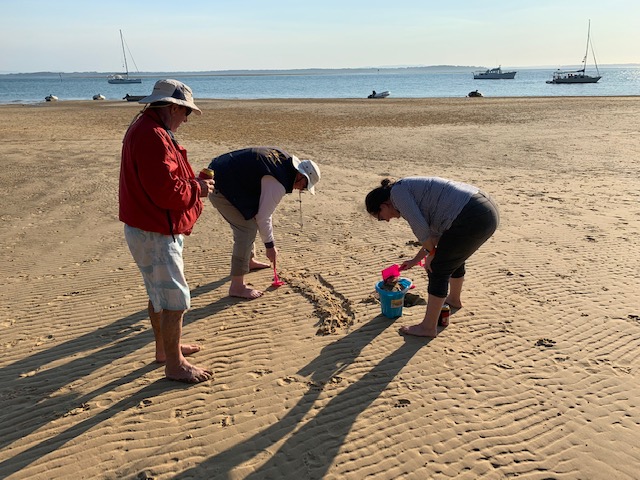 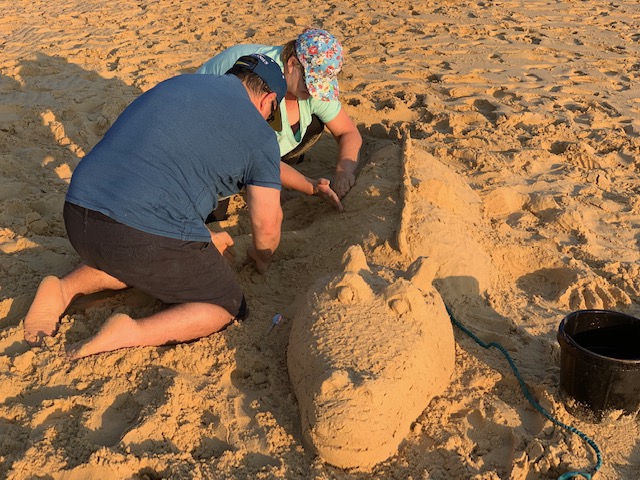 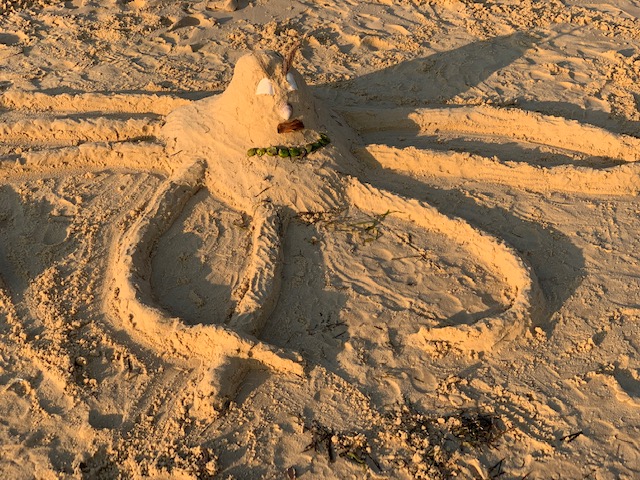 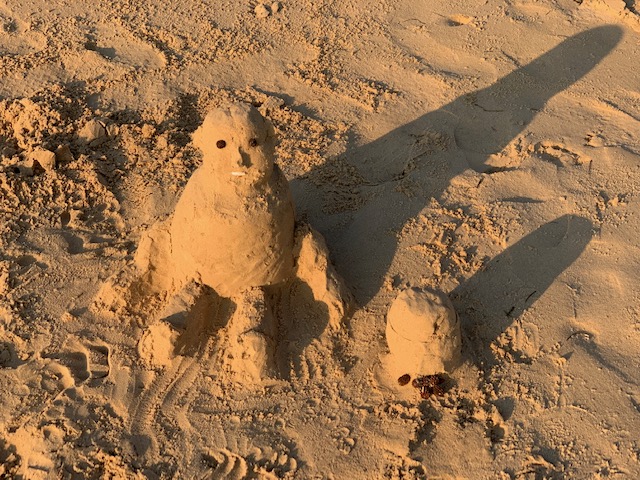 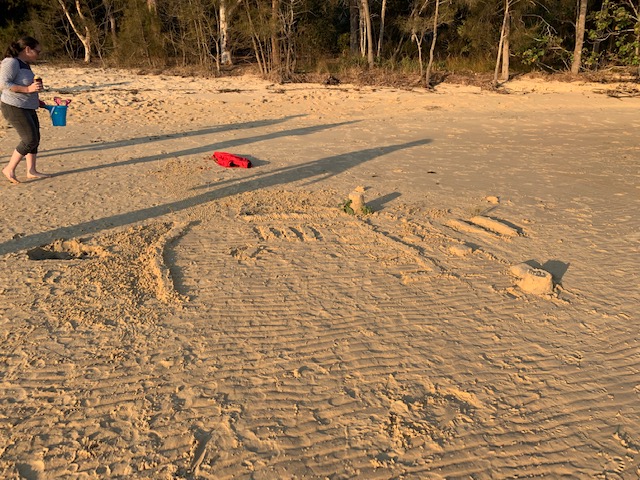 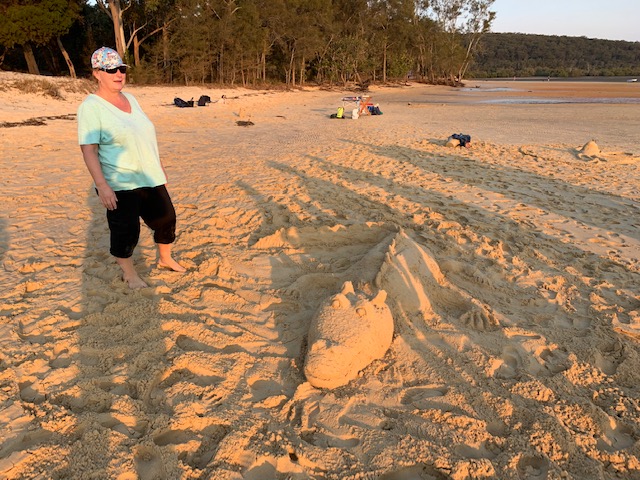 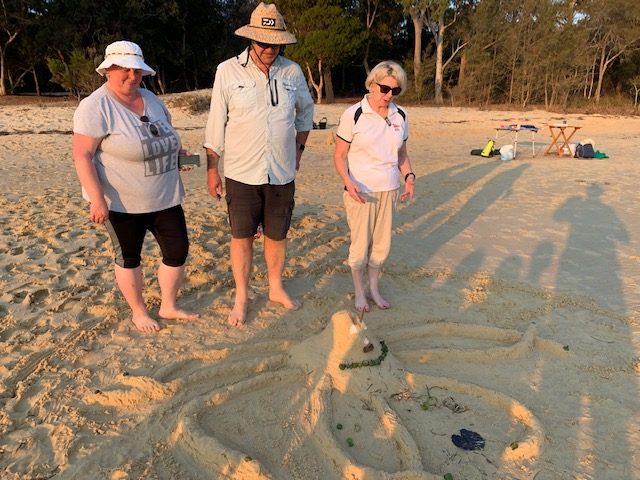 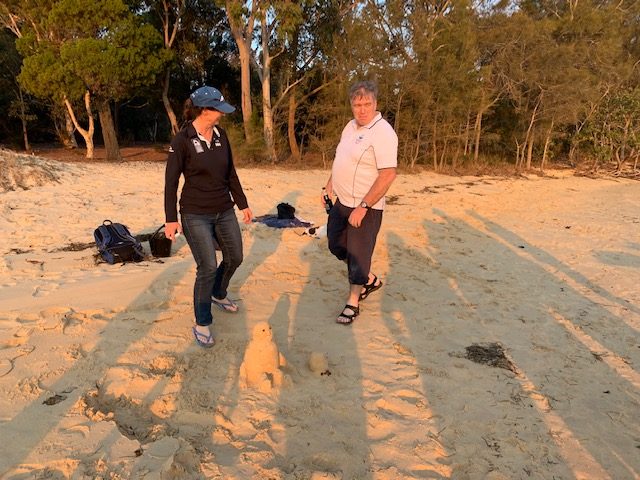 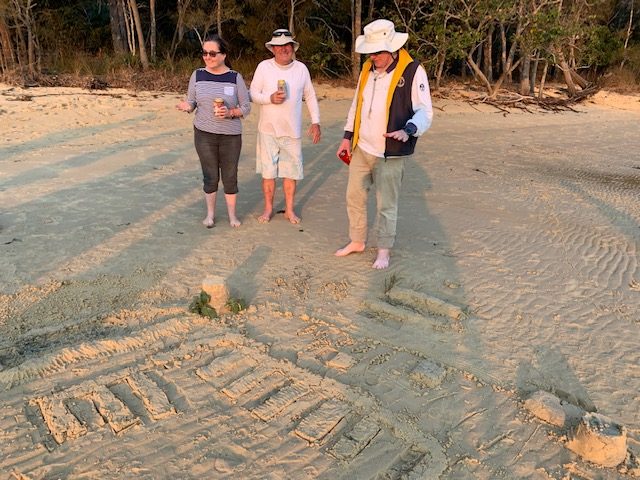 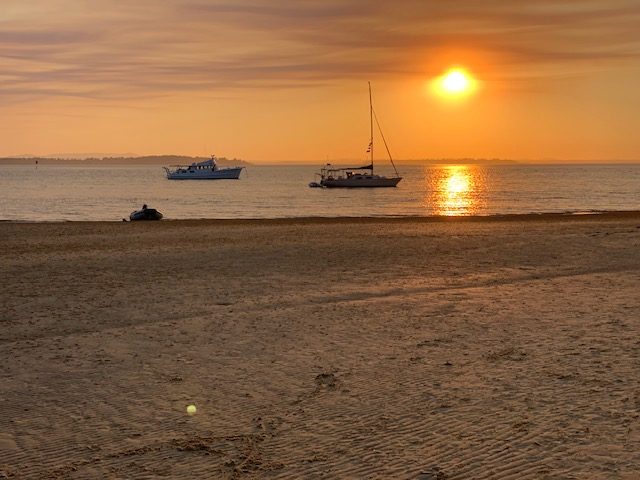 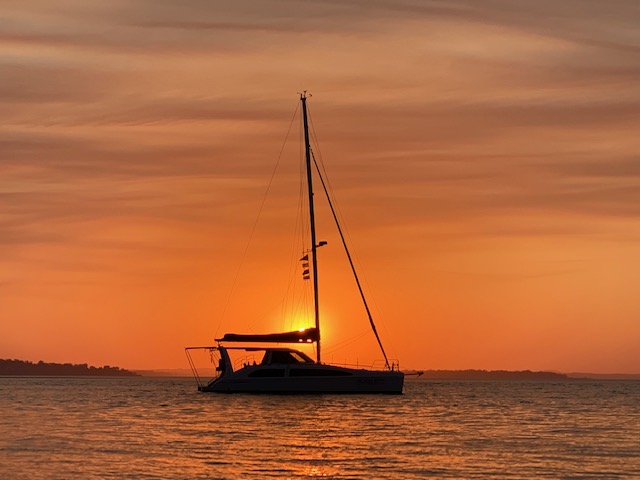