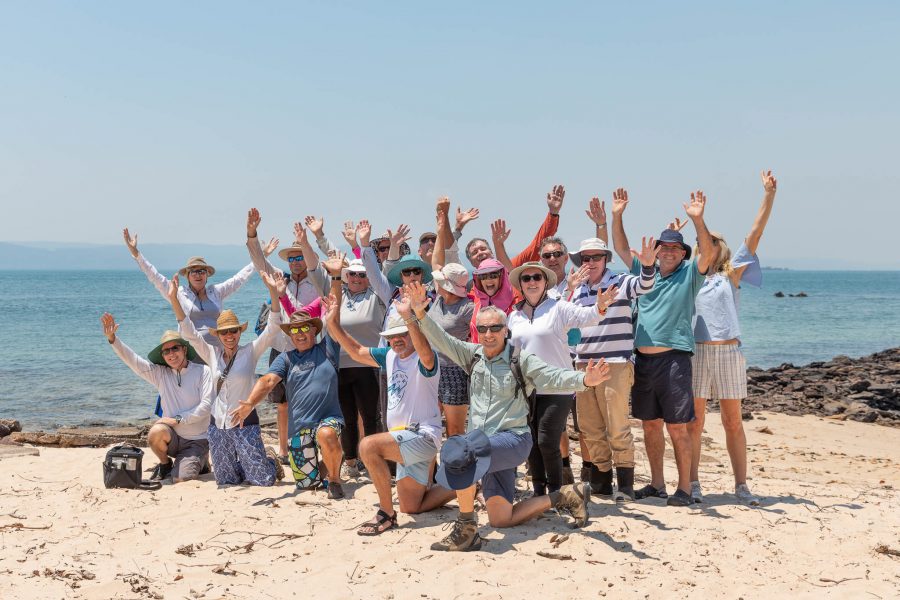 The cruise began with an enjoyable dinner at the Boardwalk Café and was followed by the cruise briefing by Cruise Captains Warren and Debbie from Phase2. We were very fortunate to receive a presentation by Moreton Bay historian and author Peter Ludlow who spoke about “The History and Maintenance of Peel Island”. 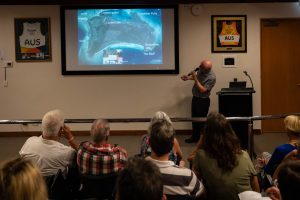 Peter’s talk highlighted the island’s history, from the dreamtime, its use by Europeans, to the 2007 gazettal of the island as a National Park and Conservation Park. It also looked at Peel Island’s future when the island will be placed under the full control of the Quandamooka People. This sparked a lot of interest and many questions with a number of sailors buying the publication, “Going to the Gums…the Lazaret on Peel Island” by the Friends of Peel Island Association.

Saturday morning greeted us with a 15k plus SE wind and concerns about the suitability of Horseshoe Bay as the anchorage and starting point for the walk to the Lazaret settlement.  As per the forecast the SE eased and swung to the east, enabling the tour to proceed albeit a couple of hours later than planned. We were pleased as it had taken months to get the necessary approvals for the tour of this restricted area of the National Park. 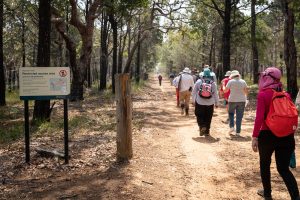 We were greeted ashore by the Chairperson of the Friends of Peel Island Association (Scott Fowle) who lead us to the settlement. With over 30 in the party we split into two groups, led by Peter Ludlow and Scott Fowle, for our 45-minute walk to the Lazaret. We then enjoyed a one-hour walking tour before our walk back to the beach. Luckily the mozzies weren’t as bad as we had expected most of the time. 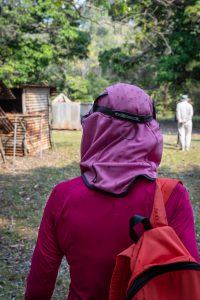 The site still has a number of buildings and many stories relating to the patients (notably Caucasians, Chinese, South Sea Islanders and Aborigines) it housed over its 52-year history.  These unfortunate people had contracted Hanson’s Disease (Leprosy).  They were sent to spend their lives in isolation at the island’s Lazaret until they recovered, or not; an untold number are buried in the island’s bush cemetery. 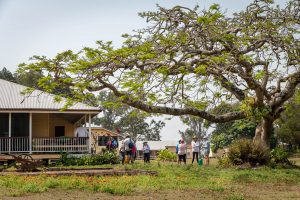 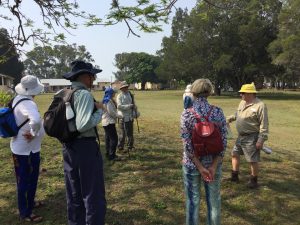 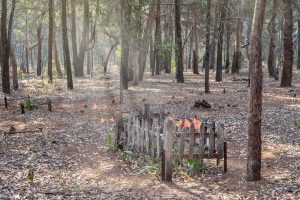 After the walk all cruisers gathered ashore for the traditional sundowners and to share their stories. We enjoyed a quiet night in Horseshoe Bay. 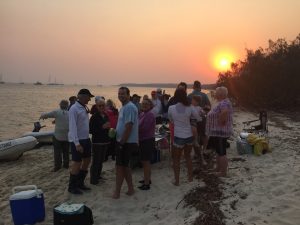 On Sunday, many people walked to Platypus Bay to look at the old stone jetty, the remains of the dredge Platypus, and the only remaining building from the old quarantine site on The Bluff. 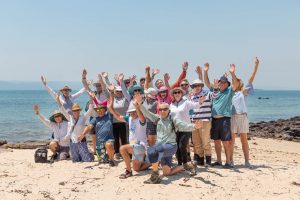 Many thanks to the 18 boats that registered for the weekend, and especially Di East for most of the photos). We enjoyed our weekend as Cruise Captains.